Once again a volunteer fireman case reached the Court of Appeals. In the Smith case a volunteer fireman was injured on the way to a fire chiefs meeting. His claim was upheld but contested by Teller County and this led to an appeal. The contest was based on a number of 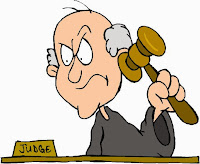 factors so there were several defenses. Teller County asserted the claimant was not an employee and was not attending a sanctioned activity. They also asserted that there was improper fact finding by the appeals panel and they felt the claim should be barred under the going and coming rule which can exclude a claim if it was coming from or going to work. The court disagreed with Teller County on all of their defenses and affirmed the benefits for the volunteer fireman. I am amazed at how often volunteers are considered important until they file a claim. Then they are not covered and that was the position of Teller County in this appeal. Fortunately the law protected this volunteer and the case is a good read on overcoming the arguments made by an employer. This is one where the good guys win.
Posted by Richard E. Falcone, Esq. at 10:56 PM No comments: