The FCE in Workers Comp 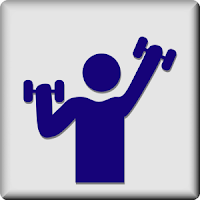 An FCE is a functional capacity evaluation. Often in a workers compensation case a doctor wants an FCE. It may be through his office or set up at another location. A true FCE may take several hours of testing a person's physical functioning or at least whatever functioning is sought by the doctor. You can consider it almost a tool used by the doctor to define your work related restrictions. Years ago the doctor would simply rely on his own best judgement to set your restrictions but the desire for a more accurate evaluation led to what we now call an FCE. Often it is done through a physical therapist and results in several pages of data which the doctor may or may not accept. Usually the doctor will accept the FCE results but the doctor has the option to form his own opinion. He can therefore totally adopt the FCE or adopt portions of it or only what he believes is appropriate. A claimant may be asked to lift various weights and perform other activities. Sometimes your blood pressure is taken since many in pain from activities can have a spike in their blood pressure. Similarly if you complain about high pain from an FCE activity but without any blood pressure elevation they can question your situation or so goes the theory. My impression is that an FCE can be useful information for the doctor but it does depend on the therapist and the doctor. In other words it is not purely objective. Also I have noticed that those with severe disabilities can have problems with an FCE. My guess is that they are more guarded or do not handle the structure of an FCE. Stamina may be a factor and of any results considered invalid my experience is that those most disabled have the hardest time with the testing. Last in my locale many FCE's include a claimant's range of motion measurements. While separate from an FCE the doctor may want the therapist to do the measurements that help the doctor with his impairment rating.
Posted by Richard E. Falcone, Esq. at 6:46 PM 1 comment:

Repeal of Healthcare Effort and Medicare

By now we all know of the effort to repeal what some call Obamacare. It cannot pass Congress and withstand a veto but the effort is being made anyway. The Medicare Rights Center has put out a press release which brings home the point that repeal will harm those on Medicare and also increase the federal deficit. They go into detail and alert us with real life stories. Sometimes in pursuit of an agenda many overlook the truth because it conflicts with their beliefs. Healthcare is so controversial that it makes for an adversarial situation which is obvious in today's political climate. We all lose when the problem is not addressed and solved.
Posted by Richard E. Falcone, Esq. at 9:19 AM No comments:

Brown Bagging It on ICAP cases 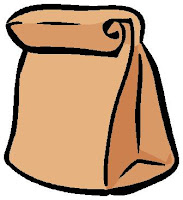 Once a month an administrative law judge has a brown bag lunch where he reviews cases of interest to those in the Colorado workers comp field. These cases are not readily available to the public although most attorneys in the field have access to the decisions. The Industrial Claim Appeals Office handles a great many appeals from hearings held at the local level. Many such cases never get appealed further and the next stage is to the Colorado Court of Appeals. Judge Eley is well liked and respected by most attorneys in this field and his free Brown Bag Lunch Seminar is well attended. Even if you cannot make it he emails you the materials and an audio of his presentation. Today is the January lunch and from the materials I have already received I note two cases that are exceptionally interesting to me and perhaps to most readers. The first can be called the Wheeler case. The claimant was admittedly permanently and totally disabled and thus entitled to PTD benefits. The issue was how to compute those benefits where they are paid out every two weeks perhaps for life. So the case involved AWW which is average weekly wage. The claimant when hurt at work was earning a very low figure if you look at her actual average wage. Respondents said it was under $75 a week. However vocational evidence was provided which helped show that the rate would be much higher then her actual wage at the time of the accident. While this must all relate to the date of the injury a Judge does have discretion to depart from your actual wage and consider loss of earning capacity. Here the difference was enormous though any calculations still are based upon the law as of the injury date. The judge applied the law as of the date of maximum improvement which was a mistake. The claimant still won big here.
The second case involved a fall at work. Caselaw tells us that not all falls at work are really work injuries entitled to benefits. The claimant in Landes was determined to have a work related tramatic brain injury injury which arose from work activities despite the fact he had amnesia and remembered nothing about the fall. Often Respondents will assert it is the claimants burden to prove his case and falls can come for many reasons. No change in the law from this ICAP decision favorable to the claimant so it is up to the hearing judge to decide on the evidence presented. There was a dissent that essentially said the evidence was speculative either way making the fall unexplained and not compensable.
Posted by Richard E. Falcone, Esq. at 8:20 AM No comments:

Channel 9 News and other media in Denver are reporting today on last years golf trip by Pinnacol executives. Pinnacol was required by a court order to disclose this information and as might be expected it is raising eyebrows. Some are saying the chief executive should resign. It does seem outrageous especially when you realize Pinnacol is meant to be nonprofit. Things like pink golf balls for the ladies, lavender pedicures, and even over $400 spent at the airport lounge and over $7000 in room charges for the chief executive. The total? Over $300000.00 for this Pebble Beach Golf trip. It is also reported that state auditors criticized Pinnacol for its lavish spending history in September. Pinnacol fought to prevent release of this information but had to do so. Now many are very upset at Pinnacol. Since Pinnacol is a mix of public and private the disclosure could not be kept a secret as can be the case with private companies. I imagine that compared to others such as the financial bank companies this is not that horrible or lavish but tell that to the injured worker of even the small business that is pinching pennies in these hard times.
Posted by Richard E. Falcone, Esq. at 8:01 PM No comments: