In January 2016 the Colorado Court of Appeals decided the Keel case. The case involved someone from out of state coming into Colorado to work. He died in an 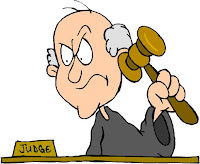 on the job injury. He received benefits in his home state. Colorado also had benefits which were applied for. The case concerned the offset that was given for his receipt of the out of state benefits. The court determined that the statutory law mandates only a partial offset so the Colorado benefits would be higher then that calculated by the lower decision. While this issue seldom comes up it does point out that most of the time a statute will be enforced as it is literally written. Benefits for claimants are sometimes reduced by the receipt of other benefits but often not as much as you might expect. It is always worthwhile to double check the math so that a claimants benefits are maximized.
Posted by Richard E. Falcone, Esq. at 6:08 PM