While claims and benefits for a work injury can be a less then pleasant experience (more on this at a later time) I do consider the website maintained by Colorado to be quite decent in providing information online. Workers comp is a very complex field but efforts to help educate you are free for the asking. If you will click on this link or copy and paste it you will be directed to the many publications and free online info available to the public: http://www.coworkforce.com/DWC/PUBS/pubs.asp
Posted by Richard E. Falcone, Esq. at 12:11 PM No comments: 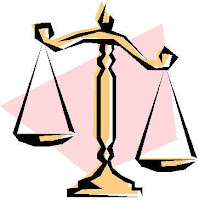 On October 23rd the Colorado Supreme Court issued a decision favorable to claimants. You can access the decision yourself by going to cobar.org and clicking on the court opinions. I won't give the full name of the case but "Ray" is what I call it. If an injured worker had health benefits provided or contributed to by his employer and that insurance is terminated after his injury the cost to continue it is added to the wage calculations. This will often increase benefits by a fair amount but it is up to the worker or his attorney to make sure it gets done. This was a hotly contested matter in Colorado. The lower courts appeared to split on the issue so the Supreme Court set the record straight. The claimants side argued it should be added immediately and the other side argued it doesn't get added unless the claimant actually paid to continue coverage. Well, few claimants who are injured and also losing their job can afford to pay and seek reimbursement. My personal view has always been that if it's part of your wage package then it should be immediately counted as the employer certainly counts it on his books.
Posted by Richard E. Falcone, Esq. at 6:45 PM No comments:

It's a Blizzard here today! 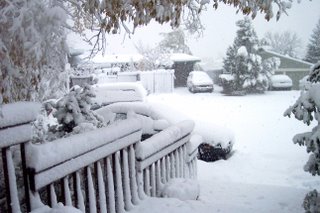 Our area received around one foot of snow so that is worthy of a post today. It was nice and temperate yesterday...over 60 degrees. In Colorado however the weather can change on a dime and sure enough we were hit with a blizzard. The interstate closed for a while and tree limbs snapped but most of us stayed home and watched it all on television.
Posted by Richard E. Falcone, Esq. at 6:31 PM No comments: 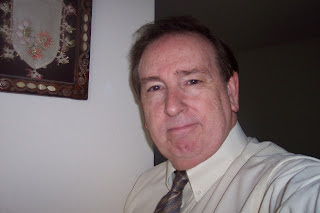 Thought it might be nice to post a photo just like authors have on the back of their book. Of course I don't have a book yet so this will have to do. At least now you know I'm not just words on paper...uhh make that words on the internet.
Posted by Richard E. Falcone, Esq. at 5:55 PM No comments:

I'm New At This

I'm new at blogging but felt this is a good place to post comments and new happenings in Colorado workers compensation. I apologize in advance for any typos or grammatical errors of any kind. This is not a place for legal advice on any claim. While I practice in the Colorado Springs area and do take some appointments the point of this blog is to provide my views in the area of workers compensation. Consider my postings more as an editorial. For example I handle cases from the claimants viewpoint so you can expect my perspective will be towards the injured workers and not the insurer/employer. Nonetheless I will try to be objective and welcome any comments by others. I will try to keep up you up to date with changes in the field and with matters I consider important but please realize this is a blog not a legal publication. I'd rather be freewheeling and personal in my comments not legalistic. Lastly when I post it may include non-legal matters but again I apologize. If I'm boring pass me by; if I'm annoying pass me by; if I'm saying something you agree with or disagree with then let me know about it!
Posted by Richard E. Falcone, Esq. at 5:11 PM No comments: