On November 17th a congressional subcommittee looked into and expressed concern about state workers compensation systems. There was testimony taken and written statements provided which reflect what I see as legitimate concerns about many state systems. The link I have provided here takes you to the webpage and from there you can listen to and read much of what was provided. One concern was over the American Medical Association 6th edition for rating permanent impairment. Colorado still uses an older version. The 6th edition deviates from past editions in a significant way including what appears to be a lack of evidence based protocols. In any event more worrisome is the view that over the last 20 years benefits have been reduced and this may have increased other disability claims such as SSDI and SSI claims. What was historically intended to help injured workers in an efficient manner has, over time, become inadequate and not equitable. In Colorado you only have to look at the definition of permanent total disability to see how legislation has intentionally sought to cut benefits. At Colorado Revised Statutes 8-40-201(16.5) total disability is defined as being unable to earn any wages in any employment. Does this mean if you can only work a few hours for minimum wage you are not totally disabled? Insurers do so argue that very point and Colorado is tough compared even to Social Security disability. Harsh results? Often but insurers merely use existing Colorado law to keep benefits low. Other areas of controversy are pre-existing conditions or for that matter insurers questioning if work activities are responsible at all. In Colorado nearly 25% of workers comp claims are contested and never admitted without a hearing. Those interested can read the last published figures for the year 2005.
Posted by Richard E. Falcone, Esq. at 3:55 PM 2 comments:

Impact on Disability Claims if the Retirement Age is Raised 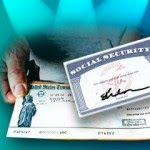 The Government Accounting Office has released a report on what I see as the impact on Social Security Disability if Retirement is raised. Let us say you can retire early at age 62 and reach full retirement age at 67. To save money some are proposing to raise the retirement age to retire early and for full retirement. One justification is people are living longer and can work longer. Another justification is an effort to reduce benefits perhaps even looking at dumping it at some point. Blaming Social Security is probably a mistake. It has stabilized or helped stabilize the elderly lifestyle and with medicare made sure they were medically insured. It needs improvement but from my own personal experience it helps the old and disabled to allow at least a modest but decent life. But what if they do tamper with it? This report raises the likelihood of increased disability claims. Perhaps it is wise to study all the ramifications of altering Social Security and not look for simplistic answers that some politicians promote. One man's agenda may be another man's loss. Do unto others may be the rule to abide by here.
Posted by Richard E. Falcone, Esq. at 8:00 PM No comments:

It is being reported at The Huffington Post that the Association of Administrative Law Judges issued a release to the Associated Press that judges handling Social Security disability cases are facing an increasing number of violent threats from claimants angry over denials or delays. Historically in Colorado Springs it has been taking a year or so to obtain a hearing for most cases. Efforts are always being made to speed up the process but it is a national problem and in some places delays exceed a year. Video hearings are one way that judges can be utilized where they are most needed but the shear volume of cases is a factor. Also I have noticed that cases may have voluminous medical records or paperwork so even with modern technology it requires time to review. I would personally like to see vocational rehabilitation used to help those who really may have a disability but perhaps can work have a chance at staying productive. It could also help the judge should such rehab fail because it reveals the truth. Instead vocational experts are often called to the hearing to express opinions based on certain assumptions which may or may not reflect the truth. In any event angry people are a sign of the times but blaming judges and violence is not the answer.
Posted by Richard E. Falcone, Esq. at 9:07 PM No comments:

Over 400 Pages of ALJ Orders

Every now and then the Office of Administrative Courts posts the decisions made by the local ALJ's (Administrative Law Judges). The last month they posted this is for March 2010 but it remains interesting to browse and see what is happening out there. You can search in those decisions for a specific name or word that may be important so you do not have to scroll through hundreds of pages. What has been taken out are the names of the parties. When you read these decisions you can see the attention to detail and the complexity of the analysis. Attorneys also find them useful especially when they are asked to prepare a draft for the judge. Prior recent decisions may provide a starting point to work up the details of your case. Also doctors are often named in the decisions so you can search within those decisions for a doctor to see what he was involved in and how he helped or hurt a claimant's case. All these Orders are only at the first level so they are subject to appeal.
Posted by Richard E. Falcone, Esq. at 9:24 AM No comments:

Over at this website for the disabled they are saying the proposed Social Security rules regarding mental disability have a big problem. While some parts of the proposed rules are good there seems to be an effort to make automatic qualification based on meeting a mental listing tougher then the current mental listings. A Social Security listing is a means of obtaining a favorable decision based on specific factors that when they apply to a person result in automatic qualification for benefits. There are current physical and mental listings and this latest effort may mean certain standards or tests are created that are difficult to figure out. If so less will qualify under the listings. This action alert at the website calls for an effort to stop such a bad approach.
Posted by Richard E. Falcone, Esq. at 8:23 PM 1 comment:

For the third year we have been honored by LexisNexis for publishing this blog. For anyone wanting to see the list of all those honored click here. Some blogs, like this one are state specific while others touch on other matters. One blog deals with the weekly toll of deaths on the job. Still another addresses working immigrants. Workers Compensation is both a national and state matter. What makes it state specific is that each state has its own set of laws and rules so what applies in one state may not apply to another. Time limits to act are especially specific to state requirements. That is why trying to compare a work injury in Colorado with perhaps one in Kansas is a mistake.
Posted by Richard E. Falcone, Esq. at 1:48 PM No comments: