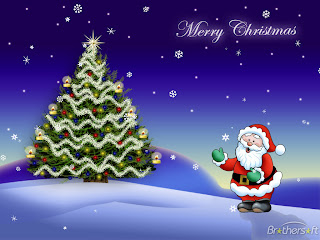 In the Gianzero federal case Wal-Mart and Concentra were sued in a class action lawsuit alleging various violations including of the Colorado Workers Compensation Act, bad faith, RICO, and much more. The basics of the case was the assertion that Wal-Mart and its insurer conspired to dictate, withhold, delay, deny or interfere with the medical care of injured workers. The case made a big impression and received commentary elsewhere. The allegations involved setting forth protocols for treatment and referrals which violated the Workers Comp Act and which restricted or denied or dictated care. As alleged, Concentra then implemented "flowsheets" which were then imposed on its doctors which preempted the exercise of independent medical judgment. In my view the adjuster could control treatment which I see as the inherent conflict in most health insurance situations. He who has the money can be expected to try to set the rules! Naturally all of this was hotly contested but in the proposed settlement Wal-Mart, Concentra and their insurers have recently agreed to pay $8,000,000 to settle the case without formally admitting they were out of line. Class members would receive up to $520 each if they were treated at a Concentra facility between 2001 and November 1, 2011. The detailed proposal sets forth the proposed settlement and more is available at this website including the original complaint and the notice of the proposed settlement to potential class members. If you were injured working at Wal-Mart you may be eligible for a check should it all be approved. Added expenses are also sought by the attorneys for fees and costs. Moreover as part of the settlement they are to cease the disputed activity for 4 years and have educational training for adjusters and certain staff of Concentra regarding the prohibition on dictation of care provisions of the Workers Compensation Act. In my view this is a significant victory for doctors and claimants who deserve to have medical treatment handled as a medical matter and not unduly influenced by non-medical personnel who work for the employer or its insurer.
Posted by Richard E. Falcone, Esq. at 9:44 AM No comments: 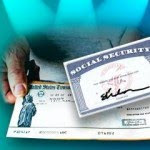 Over at the Wall Street Journal they are reporting that the Social Security Administration is obtaining an "independent" review of the disability hearing process. The article appears to emphasize that too many judges are approving cases at the hearing stage. It asserts that some judges approve 99% of claimants that have sought a hearing after a denial. Of course it also notes some judges approve very little like the judge who approves just 13% of the claims at the hearing stage. They indicate funds will run out by 2017 at the current rate but this statistic is open to dispute. Depending on your political persuasion Social Security is in such bad shape that we should phase it out or it is fine and with tweaks can last indefintely. I am closer to the latter then the former but that is a long story. I do know that judges have their own stats on granting/denying benefits. But concentrating on judges who grant benefits is not the right approach. Being concerned about too many favorable decisions but not those judges who deny excessively is too one sided. I am all for saving money but not at the expense of the truly disabled which I consider ghoulish. There should be some accountability for all judges. The article also points out that the federal courts seem to be overturning denials 51% of the time as if the federal judge is off base. My experience is just the reverse. Most federal judges who overturn a decision are quite right. Even the government attorneys often stipulate the SS judge made a mistake. SS judges do make mistakes and at times the denial of benefits seems off base. Implying the federal judge is interpreting the rules improperly is absurd. Most decisions are far better reasoned then the decision denying benefits. However to be fair many of these overturned decisions are just being sent back to the original SS judge for more workup on a remand. My experience with claimants is that the vast majority are truly disabled and unemployable so we should be focusing on speeding up the process (for time to a hearing click here)and quit trying to label Social Security as the problem. Instead we should be fixing it for all future generations.
Posted by Richard E. Falcone, Esq. at 7:45 PM 2 comments:

Issues to Think About for 2012

Around this time of the year I look back at the year and ahead too. Someone asked me about national issues in the field of workers comp but really not much has changed over the last year in Colorado. By that I do not mean that there were no changes or interesting developments but that it was a year of slow or minimal changes in the law. Still there were some developments. For the statutory developments just click here for an overview. For what is new at the Division of Workers Compensation you can click here. For caselaw we cover this in our blog. But as for the national or evolving issues in this field I guess the overriding issue is the economy. Still that is not unique to workers comp. What I have noticed over the years is there are increasingly technical or more precisely medical issues in workers comp. They usually trigger a battle of experts. What you then see are many cases that have become medical battlegrounds. The battling experts are the doctors. In such battles the advantage is often with the insurer. First, the treating doctor is usually selected by the insurer or the employer. Not exactly a good deal for the employee especially when there is a controversy. Next they cultivate those doctors who issue reports and testify to the benefit of the insurer position. It's expensive for a claimant to use his or her own doctors. Testimony expenses are billed at $450 an hour in most cases and includes commuting and wait time too. It is easy to spend over $2000 for one such expert. Advantage? Insurer (I have had insurance defense attorneys tell me they can pay $5000 or even $10000 for their experts). This can cripple a claimant's case. It strikes me that this is impairing a fair fight or what I would call access to the system. In civil matters there is a growing awareness of a need to simplify proceedings because when matters are complex or highly technical it works to the advantage of those with the money. In Colorado there is a interesting new seminar on this as relates to civil proceedings other then workers comp but it strikes me that improving access in workers comp is extremely important. By permitting many experts we skyrocket the costs of a hearing. It may be wise to limit this. Perhaps for a fair fight we should let the claimant have his expert as a covered benefit but that is not the current law. In my opinion any effort that speeds the process, makes it a fair fight and reduces something that is complicated to what the computer crowd would call user friendly is to be lauded. The workers compensation system was not intended to be unfriendly to injured workers. It was intended to be an efficient way to deal with work injuries and hopefully protect the worker while he recovers from his injury. In my view that is not happening and perhaps we need address this so we get back to the original purpose of the workers comp laws...to assist injured workers even if benefits are limited by statute. Otherwise the problem is shifted to all of us.
Posted by Richard E. Falcone, Esq. at 10:00 PM 1 comment: