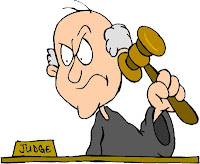 The Colorado Court of Appeals issued a ruling today in a case I call Crowell. In this case a claimant had a workers comp injury to a breast implant. Later it required replacement because of gradual distortion and discomfort. The ATP (authorized treating physician) recommended the surgery and sent a request to the insurer. The insurer denied the surgery in essence considering it elective and not medically required. The insurer did promptly deny within the time required by Rule 16-9 and 16-10 but never really sought out a medical review as indicated by Rule 16-10(B). This then triggered a hearing request by the claimant. At hearing the judge concluded the respondents were responsible for the surgery and also imposed a $500 penalty for violating the rule by simply denying the preauthorization request for surgery without seeking a medical review. The issue before the court is whether the penalty part of the original decision should be for a one day violation or whether it was an ongoing violation subject to an continuing penalty. The court decided that some violations are ongoing in nature and that was the situation in this case so it remanded the matter back to decide what should be an ongoing or continuing penalty. It clearly ruled the penalty should be imposed on a daily basis since the violation could have been cured by obtaining a medical review as required by the rule. Many times physicians seek preauthorization because a surgery is expensive and they want to know they will be paid. The rule does indicate a failure to properly act within the rule can mean the surgery is authorized but what doctor will act here with a denial staring him in the face? Here the insurer was questioning and contesting the surgery and never sought out a medical review despite knowing it was going to a hearing to address the issue. To me thinking it was just a one day violation because thereafter the surgery was authorized is not much of a solution and could encourage denials in many cases. As noted in the rule unreasonable delay or denial as determined by the Director or a judge may subject you to penalties as happened here so a claimant is not limited to assuming a surgery is authorized; he or she can also pursue continuing penalties in some cases. The real failure and delay here was leaving the claimant and the doctor hanging by just denying the surgery with a letter without some medical review to back up the denial even when it is thought the surgery was elective.
Posted by Richard E. Falcone, Esq. at 2:14 PM No comments: