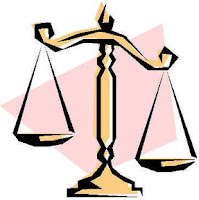 These cases are not favorable to claimants. In one case, Sigala, the claimants temporary benefits were "suspended" for missing an appointment with his authorized doctor. The appointment was set by the insurer and sent certified mail to the claimant after he missed an earlier appointment. The rule permits a suspension and in this case the claimant finally went ahead with a later appointment and then wanted the suspended back benefits to be provided. While his temporary benefits were reinstated the back suspended benefits were never provided. In this case several weeks were never paid. The Court of Appeals decided the "suspension" for those several weeks was a forfeiture for those weeks. I disagree with this decision. Despite the Court's view I see no due process and cannot understand how "suspension" can mean "forfeiture" as the statute could have said forfeiture. The next case, Holnam, involved a claimant trying to win on two different theories. First he said he had a work injury to his neck. He lost. Then he said, okay, my neck problem comes from an occupational disease in that work activities caused or aggravated it. The hearing Judge agreed and the insurer/employer appealed. The court decided that you only get one bite of the apple here and the claimant loses on both theories. The concept is what they called claim preclusion. My view is the court was wrong. Workers comp hearings are very specific on issues and evidence and dates. A work injury is date specific and the mechanism of injury is one specific incident. An occupational injury develops over time and was never addressed in the first hearing when one date one incident was the theory. The issues are quite different in the two hearings. If a trauma on one date did not cause the problem then other dates with work activities are ongoing aggravations. It really requires more medical evidence beyond one date one trauma. In any event the court focused on it being a neck claim and you do not get two tries to establish a neck claim. To me this is off base. I hope both cases either go to the Supreme Court or are limited in how they are interpreted.
Posted by Richard E. Falcone, Esq. at 4:04 PM No comments:

Just a note about Christmas as the snow flies here in Colorado. It's not a lot of snow but the wind makes it a blizzard in Colorado Springs though elsewhere in the state there has been significant accumulations of the white stuff. This time of year is almost magical. It is festive and hectic but the spirit of Christmas is in the air. If love could be measured then Xmas would be overflowing the cup, spilling over and over and over. Sure there is the marketing and hawking of "stuff" but the spirit of Christmas exceeds the materialism of the holiday. The joy of a giggling child, the excitement of gift giving/receiving, the songs, the smiles, the warmth of memories of old and memories being made right now...it is a truly blessed time. So deck the halls and have a great time with family and friends. We can all be the Santas and childlike all over again this year. It is an awesome holiday. Have a MERRY CHRISTMAS from snowbound Colorado!
Posted by Richard E. Falcone, Esq. at 3:11 PM No comments:

Listen in on an appeal!

You can listen in on the audio of cases set for oral arguments at the Colorado Supreme Court or Court of Appeals. These are real cases where the lawyers argue in front of the appeals judges. As an example I have a link below to several cases heard a few months ago. When you click on the link you should click on the STC case (05CA2340). The case involves apportionment. Insurers love to limit benefits and try to use this legal theory of apportionment to pay for only a portion of benefits. So over the years there have been numerous cases involving apportionment. By way of example insurers may say they only need to pay for half of your surgery if they can establish it should be apportioned. In any event the oral arguments of both sides can be heard in the case noted above. http://www.courts.state.co.us/coa/oraldock/2006/aug2006.htm#7
Posted by Richard E. Falcone, Esq. at 2:46 PM No comments:

The Workplace Injury Law and Advocacy Group (wilg.org) is a national group of attorneys interested in protecting injured workers. They have just put out a fascinating issue which has extensive information on the state of workers comp in the country. This is in pdf and will take quite a bit of time to load depending on your internet connection but the issue is simply an excellent read. Here is the link: http://66.6.98.12/data/firstwatch/WFWSpecialIssue.pdf
Posted by Richard E. Falcone, Esq. at 10:46 PM 1 comment: