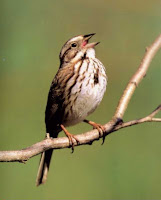 Colorado presses on into the 21st Century! They twitter...or is it tweat? In any event these are short comments which you can access or have sent to you. The subjects vary a great deal but can include workers compensation, unemployment or other areas within the purview of the Colorado Department of Labor. My view is more is better then less...I recall the days when obtaining information was not so easy. Now we can do our legal research online. In the old days legal research was very time consuming and meant handling many big law books. You then copied pages by taking the book to the copier and page by page making a copy of a case. Now I can be on a laptop and directing a wireless printer to copy the case. With the development of the computer age we have seen an enormous increase in knowledge and efficiency even if at times we are all frustrated by technology. Just some 30 years ago we were in its infancy. In any event Colorado is active on the internet. It is making available many resources for all of us.
Posted by Richard E. Falcone, Esq. at 8:51 AM No comments:

Labels: Customer Service, Do it yourself, DOWC, Other Claims, questions

In Whalen the claimant appealed a decision by the hearing judge not to make any adjustment in the wage calculations when the claimant lost his employer health coverage and went on medicaid. Normally when you have health coverage through your employer then the cost of obtaining similar coverage is added into the wage calculations. This often results in higher temporary and permanent benefits. In a sense being provided health coverage by your employer is a wage benefit so losing it should mean an adjustment must be made. But in this case ICAP (the Industrial Claim Appeals Panel) decided the appeal against the claimant. ICAP reviewed the law and decided that medicaid was an equivalent insurance and since it was at no cost to the claimant then nothing gets added into the wage calculations. There was a dissent so perhaps this case will be appealed to a higher court. ICAP did reason that since medicare was an equivalent health insurance (based on an older case) then medicaid was also. The problem for me is that medicaid is provided at no cost to the poor. So a claimant with an employer health insurance who loses it and then cannot afford anything turns to medicaid. He may be on medicaid for only a short period yet this case says the fact it is free means no added benefit for the loss of the employer health insurance. His inability to purchase health coverage is then used against him. The statute on wages is at 8-40-201(19). In 2006 the Colorado Supreme Court decided in the Ray case that you add the cost to purchase health coverage to the wage figures and if the claimant cannot or does not actually purchase it then it is still added. Medicaid is a non-purchase matter and it would be interesting to see what a higher court would decide.
Pending legislation also may change this. SB 10-187.
Posted by Richard E. Falcone, Esq. at 9:02 PM No comments:

Humphrey...a case on what is a statutory employer

Work Injury Statistics in the USA

I have not yet found any statistics for last year but for prior years there are statistics on work injuries available at the national level. You can check it out at this link. I am not sure why Colorado only reports on fatal injuries to the US Bureau of Labor Statistics but the overall statistics show that for 2008 there were work injuries in 3.9% of the working population. This has been trending down over the last several years. Of those injuries about one-third or so result in time lost from work. Are these statistics accurate? I suspect it is much like auto accidents...only some are reported. Colorado has its last reported year as 2005 and is based on the actual filings of claims. In 2005 there were some 29000 lost time claims in Colorado. Does the poor economy affect anything? Probably so since the unemployed never have work injuries.
Posted by Richard E. Falcone, Esq. at 10:34 AM No comments: