The Coats case or when is medical pot legal and illegal

Yesterday the Colorado Supreme Court ruled in the Coats case. In that case a disabled employee for the Dish Network was terminated under its no tolerance drug policy. The worker was productive but required medically prescribed marijuana. 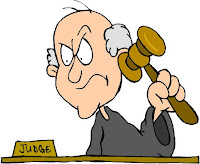 He used it in off duty time but of course the mere presence of it in his system was enough that the company felt compelled to terminate him. Now in Colorado medical marijuana is legally allowed by state law so the employee sued because of this termination. He lost because it was determined that medical marijuana is illegal under federal law and its not enough to be legal under state law. Eventually the case reached the Colorado Supreme Court and they also affirmed the dismissal of the lawsuit. Essentially they also ruled that because medical marijuana is illegal under federal law the termination of the employee was proper despite it being legal in Colorado. Now we all know that the federal law is not being enforced in Colorado so does this play any role? Could you assert that the federal law application has been waived or even that the Colorado law has been in effect approved as proper by the feds? It appears in Colorado the answer is that medical pot is legal and illegal and that is the way it is. In terms of workers compensation the potential benefit of medical marijuana is going to complicate matters if it is prescribed to an employee who works for a company that terminates for such use. In Colorado it is now legal and illegal to take any amount of marijuana. That is a tough place to be if it stays this way. For now Coats is the law.
Posted by Richard E. Falcone, Esq. at 10:51 AM